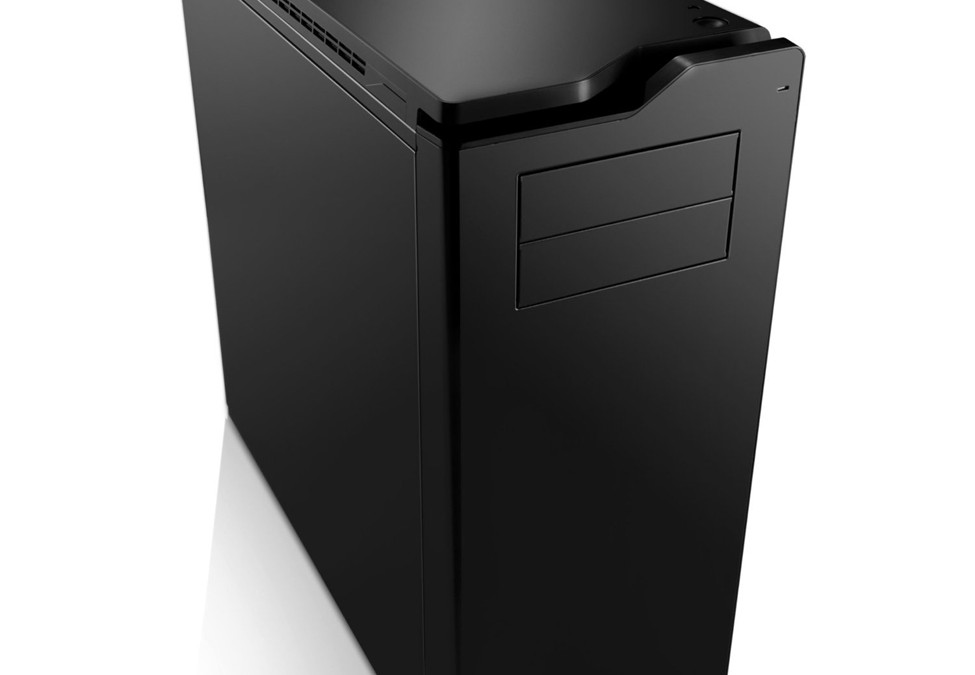 It’s been more than three years since I built my i7 Haswell (4th generation) machine which is a pretty impressive time for me between builds (I built it in September 2013!), so this fall, I decided to do one of the most complete overhauls ever bringing my PC up to Intel’s Skylake (6th generation) architecture. For this blog post, I’m going to revisit the “What PC am I running right now” with a side-by-side comparison of the previous parts and the new ones.

Operating System: Windows 10 Home 64-bit (OEM)
Previous Operating System: Windows 7 Home Premium SP1 64bit (OEM) System Builder DVD 1 Pack (New Packaging)
Don’t let the skeptics tell you otherwise – despite a few quirks, Windows 10 is a darn good operating system. Although it’s not quite as smooth and nice as Windows 7, if you want to run games using DirectX 12, you have no choice. Time to upgrade to Windows 10. Current price on Amazon: $90.72

Processor: Intel Core i7 6700K 4.00 GHz Quad-Core Skylake Desktop Processor, Socket LGA 1151 BX80662I76700K
Previous Processor: Intel Core i7-4770K Quad-Core Haswell Desktop Processor (3.5 GHz,  8 MB Cache, Intel HD graphics, BX80646I74770K)K
Although many PC magazines and websites will tell you that the i5 is sufficient, the extra hyper-threading, clock speeds, and goodies you get with an i7 makes the extra $50-100 a no-brainer. Select the “K” version to get an unlocked processor meaning you can overclock the bejesus out of it (my i7 6700K runs at 4.4GHz with the ability to go even higher should I so desire). Current price on Amazon: $342.99

Current/Previous Processor Cooler: Cooler Master Hyper 212 EVO – CPU Cooler with 120mm PWM Fan (RR-212E-20PK-R2)
Believe it or not, I stuck with the same CPU cooler in this rig as my Haswell build. Why? It’s simply that good. Take the unbelievable $30 or less price out of the equation, and the Cooler Master Hyper 212 EVO is still the best cooler on the market with no liquid and virtually silent cooling. It’s simply that good. I did buy a brand-new one for this build to ensure reliability and because I used the old parts in my Home Theater PC (HTPC). Yes, my HTPC is an i7-4770K with 32GB of RAM. Can you say overkill? At Amazon, the cooler is currently $29.99.

Game Drive #1 (SSD): Samsung 850 Pro 256GB 2.5-Inch SATA III Internal SSD (MZ-7KE256BW)
A new category this year, I carried my Samsung 850 Pro over from my old build to make it one of two dedicated game drives in my new PC. Think that’s overkill? Reserve your judgment for Game Drive #2 and the Documents Drive. Five drives in a single PC? You betcha! Current price on Amazon: $124.74

Game Drive #2 (SSD): Samsung 850 EVO 250GB 2.5-Inch SATA III Internal SSD (MZ-75E250B/AM)
Samsung’s EVO line-up of SSDs provides an affordable alternative to the more expensive Pro series. Why do you lose 6GB of space with this drive ringing in at 250GB instead of 256GB? I have no idea. I bought this SSD as a dedicated game drive in my Haswell PC and brought it over to provide an extra 250GB of space for games that I want running faster than an HDD, but aren’t so good that they deserve space on the Pro. Crazy? Probably. Current price on Amazon: $89.99

Documents Drive (SSD): Crucial MX300 750GB SATA 2.5 Inch Internal Solid State Drive – CT750MX300SSD1
As an experiment, I picked up a Crucial MX300 750GB SSD this year during Black Friday when they went on sale for $99.99 to see what it’s like to store my documents on a SSD instead of a HDD. The Data Drive has been relegated to music, videos, and games I don’t care about with the Crucial picking up the document heavy lifting loading 18MP photos and huge documents with superfast ease. A whole lot of SSD-speedy space for a very decent price. Current price on Amazon: $179.68

Current Video Card: ASUS GeForce GTX1070 8GB Dual-Fan OC Edition 4K/VR Ready Dual HDMI DP 1.4 Gaming Graphics Card DUAL-GTX1070-O8G
Previous Video Card: EVGA GTX980 Superclocked ACX 2.0 4GB GDDR5 256bit, DVI-I, DP x 3, HDMI, SLI Ready Graphics Card Graphics Cards 04G-P4-2983-KR
In the first half of 2016, Nvidia released their 10-series chip which blew all previous and competing graphic processors completely out of the water. The 1080 is the fastest one available, but you won’t see cards running a 1080 for anything less than $600 for the moment. The 1070 beats the pants off the flagship previous generation for a very reasonable price. I was able to pick one up for $360 after rebate during Black Friday and it provides a nearly 30% speed increase over my Haswell’s GTX 980. Current price on Amazon: $399.89 (after rebate)

Current Motherboard: ASUS ROG MAXIMUS VIII HERO ALPHA ATX DDR4 3000 LGA 1151
Previous Motherboard: Asus Z87-Deluxe DDR3 1600 LGA 1150 Motherboard
ASUS continues to be my motherboard manufacturer of choice with the Maximus VIII Hero Alpha providing the best blend of features to price (some of ASUS’s mobo lineup rings the bell at more than $500!). With u.2 connectors, an m.2 connector, RGB lighting headers, MIMO 802.11ac Wi-Fi, and so many more features, there pretty much isn’t any build this motherboard can’t do: Current price on Amazon: $248.99 (after rebate)

Previous/Current Case: NZXT Technologies Computer Case, Matte Black CA-H630F-M1
I didn’t change my case! I love my NZXT case’s size and functionality, so I decided to stick to the old “if it ain’t broke it” mentality and loved the one I’m with. I went with the black one and the current price on Amazon is: $169.99

Previous/Current Power Supply: Corsair RM Series 750 Watt ATX/EPS 80PLUS Gold-Certified Power Supply – CP-9020055-NA RM750
Like the case, my Corsair RM 750w power supply continues to rock the house. With full modular capability and fans that don’t run if the power supply is using 40% or less of its rated power, this power supply provides silence and stability. It continues to be amazing. Current price on Amazon: $115.95

Previous/Current Fans: Four (4) Nexus 140mm B/W Case Fans
The Nexus fans are still champions in my book and made the jump from the last system. Awesome fans providing superior cooling with almost no noise. Current price on Amazon is: $7.99 each ($31.96 total)

Current Mouse: Logitech G502 Proteus Core Tunable Gaming Mouse
Previous Mouse: Anker® Gaming Mouse, 7 Programmable Buttons, up to 2000 DPI, 5 User Profiles (bound to specific games), Omron Micro Switches
A 12,000-dpi sensor combined with superior ergonomics, an amazing feel, and RGB lighting has made me a Logitech diehard for my mouse and pretty much every single one of my peripherals. The Proteus Core also features adjustable weights and programmable buttons. An outstanding mouse that’s well worth its price. Current Price on Amazon: $54.99

The benchmarks really tell the tale:

Do you have a different perspective?

I always like hearing other opinions. Feel free to leave your comments below.

Eric “Irk” Jacobson started using computers when he was 3 years old with an Apple IIe. He tries to be device-agnostic using all kinds of technology from all of the major players, and he loves/hates them equally in different ways. Eric Jacobson is a Public Relations and Communications Professional specializing in helping businesses, school districts, and municipalities build communications plans, engage in community feedback, and achieve their goals for success.

When not working hard, Eric’s an avid motorcyclist, a hardcore gamer, and a massive finance and statistics nerd playing the stock market and tracking his finances religiously – like, watching Fast Money and Mad Money daily on CNBC while looking at his accounts multiple times every single day and tracking every transaction he makes down to the penny (say it with me -“Obsessive, much?”).